The Women’s ministry put on a conference this week at the church in Thozin. It’s always so neat to see the women come together with their resources, talents, and sweat to make an even beautiful and inspiring. This week was no different. Months of rehearsing went into the songs. Months of saving money went into purchasing food for their guests. So many were blessed by their efforts and I believe the Lord was pleased with their efforts as well as with the special time with His children. 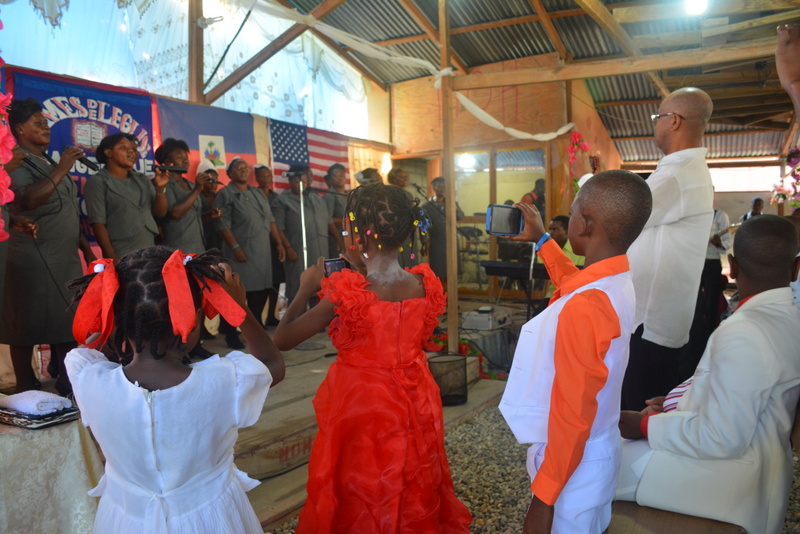 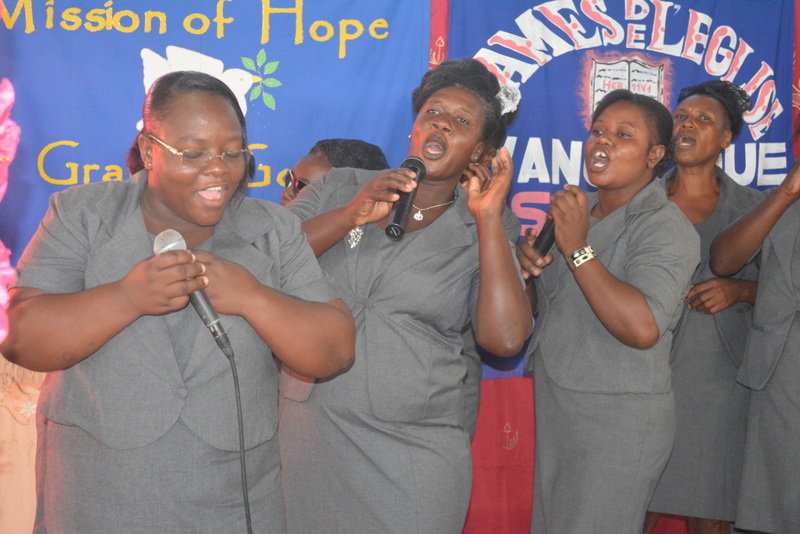 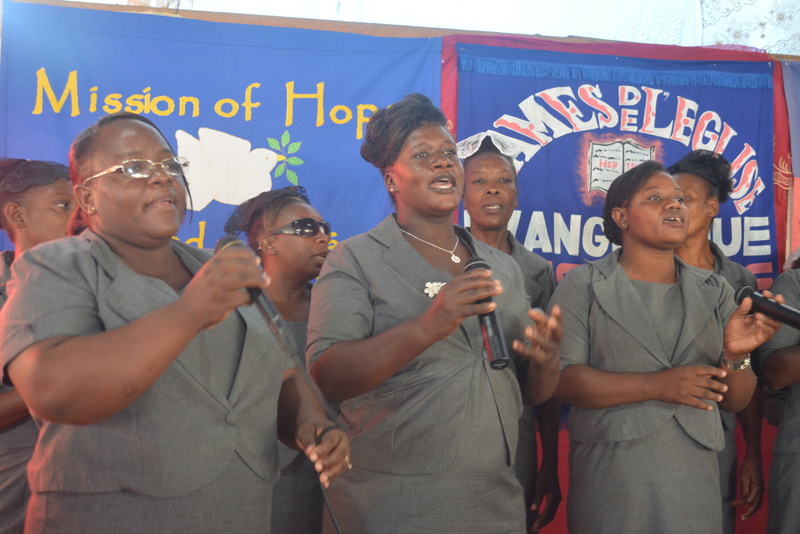 I will share a little further down about the opportunity I had to share with the women, too. But first, let’s talk about some other things happening around MOHI.

Maestro Odenet finally came home from the hospital on Thursday afternoon. Again, thank you so much to all of you who have been remembering him in prayer.

A group of us stopped in to visit. He and his sister told us of how difficult it was for them. It took two days of “pressuring” the Red Cross for blood and then they only gave them half of what he needed. I totally understand their frustration. I find it frustrating, too. But I also understand that Haitians don’t usually give blood, the blood banks have hardly any blood in them. So many Haitians feel that they are malnourished (because they don’t have enough to eat), that they would never even consider giving blood. Four people came forward to give blood so that maestro could find one pint. Thank the Lord for friends.

Maestro is so relieved to be back in Grand-Goâve, staying with his sister so he can have people to help look after him and his wife can go back to work. Although he was in one of the “better” hospitals in the country, he was only seen by a doctor twice during his two weeks there. He still has an issue with his calf that has not been resolved. He’ll be going to have some more tests done in the morning. Your continued prayers are greatly appreciated. Thank you!

In the city of Hinche, there was a fuel tanker and underground fuel tank exploded, killing 10 people, with over 30 others critically injured. There was also an accident about 1/2 an hour from MOHI in Leogane at around midnight one night this week. A truck ran through a rara. (A rara is a gathering of people that dance to galvanized steel instruments and drum music and go for miles in the middle of the night. It’s often associated with vodou rituals. Drivers usually have to wait for them to clear part of the road before they can pass.) About 15 people were killed and many more injured, as you imagine when a truck plows through a crowd of people at full speed. We’re praying for the families of those who were killed and the victims hospitalized with critical injuries. Would you join us?

Dr. Emmanuel and his staff are doing a wonderful job. They bring solutions to people’s health issues, but they also show an interest in them and that they care. 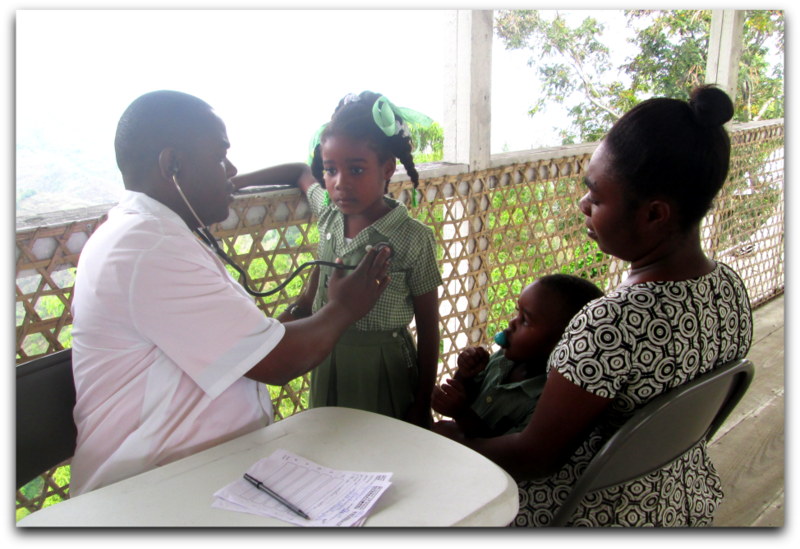 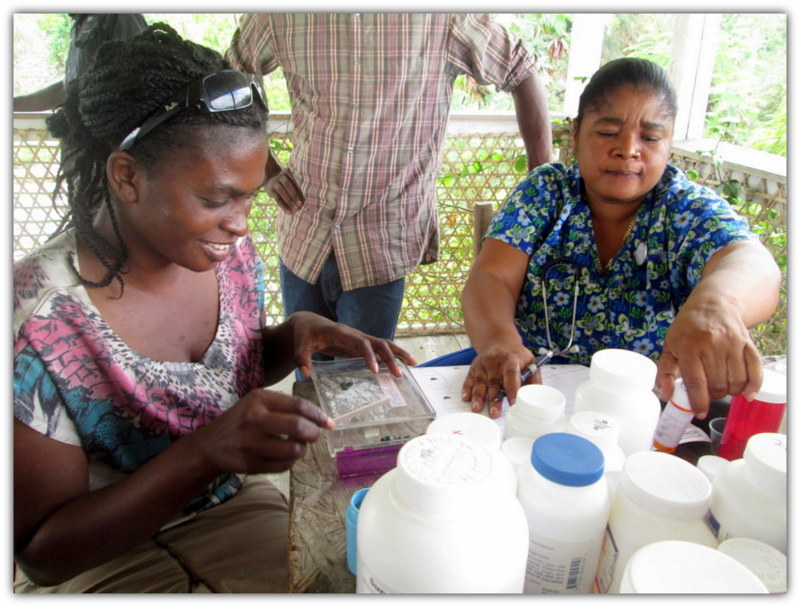 Our students had exams most of this week and are excited to have a week of vacation this coming week.

Among many other things, the preschoolers worked with Amy on their rainbows.

I thought you might appreciate knowing that the parents of students in St. Etienne, which is in the mountains, actually send their children to school with jackets to keep them warm.

I had the privilege of sharing with those gathered for the conference Saturday morning. I had fun with it, but also had a serious message. I talked about money, but I started with an illustration to encourage everyone to see themselves in the message. Sometimes when we know everyone around us in the church, we can find ourselves thinking, “Oh, I hope so-and-so was listening to what was just said.” But the Lord wants us to listen for ourselves. Once we receive what He’s serving to us we will have plenty of opportunity to share with others. But if we don’t receive ourselves, we really have nothing to give. So, I baked cookies Saturday night. Now I was giving cookies to Edna and Amy, but Amy was busy complaining about everyone else so she didn’t bother taking the cookies that I was trying to give her. Edna, on the other hand, gratefully accepted the cookies, began eating one and shared the other, and then another, and another. In the meantime, Amy’s getting upset with Edna, because she keeps making friends with all her cookies and Amy has none. You get the idea, right? 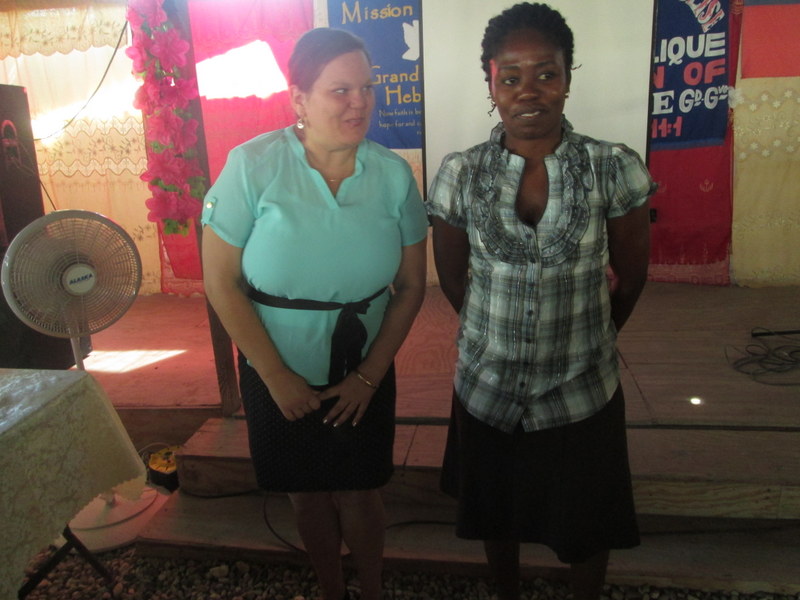 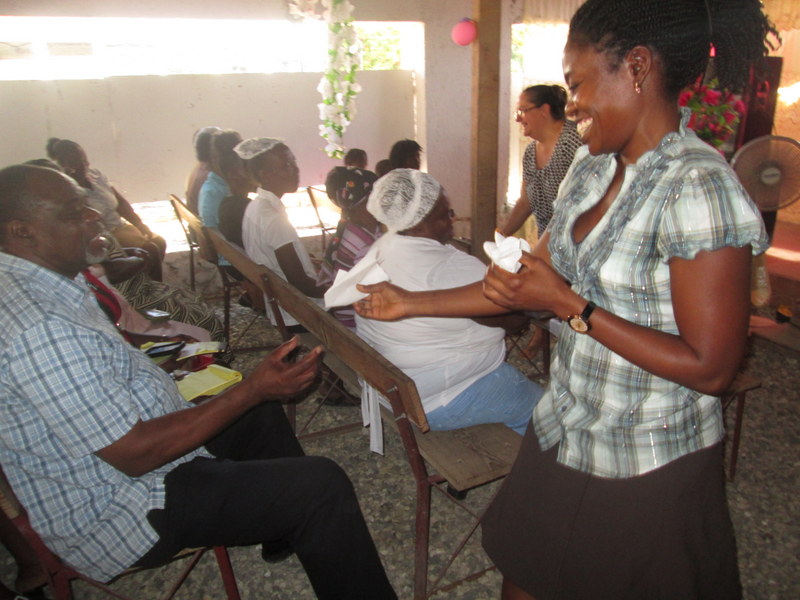 In another illustration I interviewed Pastor Clement. Pastor Clement has grown children who have left home. He has High school students. And he has two sweet little girls. I asked him about Wanchina, who is six years old. I asked him if he gives her $100 to put in her pocketbook when she goes to school each morning. “No? But I thought you LOVED Wanchina?” “Well, if you LOVE her, why wouldn’t you want her to have things she might desire on the way to and from school? Why wouldn’t you give her a good amount of money so she can have the things that make her happy?”

We moved on to his daughter Jusana. She’s probably in her early twenties. He has no problem to give her $100 and more to go to the open market and make purchases for the household. Hmmmm, does he love Jusana more than Wanchina? Would he give her four or five thousand to do a project she’s thinking about? “Uuuuhhhh, ummmmmm…” Yeah, I didn’t think so.Finally, we move on to Cledson. Four or five thousand dollars for a project he’s been planning? Yes, of course, if he could come up with the money. So, does he love Cledson the most? No, Cledson has the most knowledge, understanding, and wisdom. He can handle more than the others. He has more maturity.

Even though most of us would never say it out loud, we often think that the Lord loves one more than another based on what they have in their lives…cars, money, children, friends, work…whatever. But the Lord is more interested in building character than enabling us to learn to be irresponsible children.

By the way, I did have three points to the message: #1 God want to prosper us … #2 God gives us LOTS of warnings about riches. Those are for YOU. Pay attention! … #3 We are blessed. Now go bless others. (Our friends at Bless Back Worldwide have seared that into my brain!) The overriding theme? Man’s way is get rich quick. God’s way is step by step – be faithful in the little and when it becomes much, you’ll still be managing it faithfully.

We appreciate all those who ministered at the conference, including friends from the Hands and Feet Project, Pastor Hakine, and Pastor Subrin, from Paillant. Here are some more shots from the Women’s Conference… 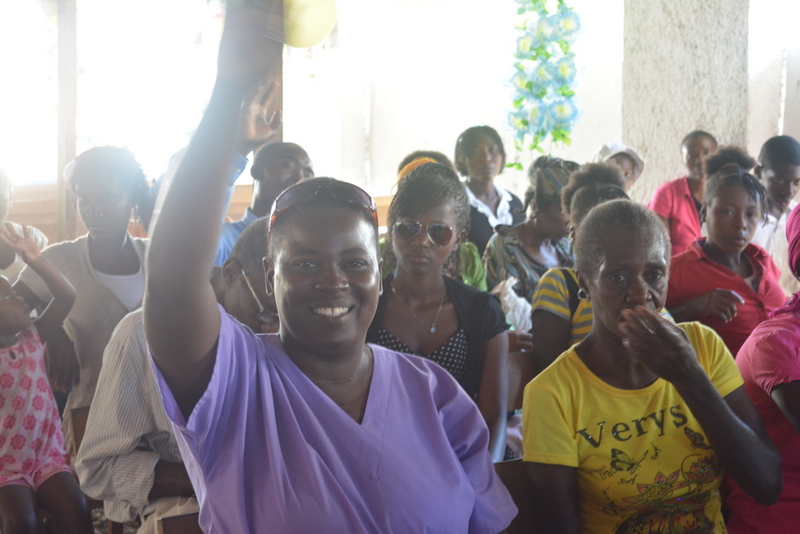 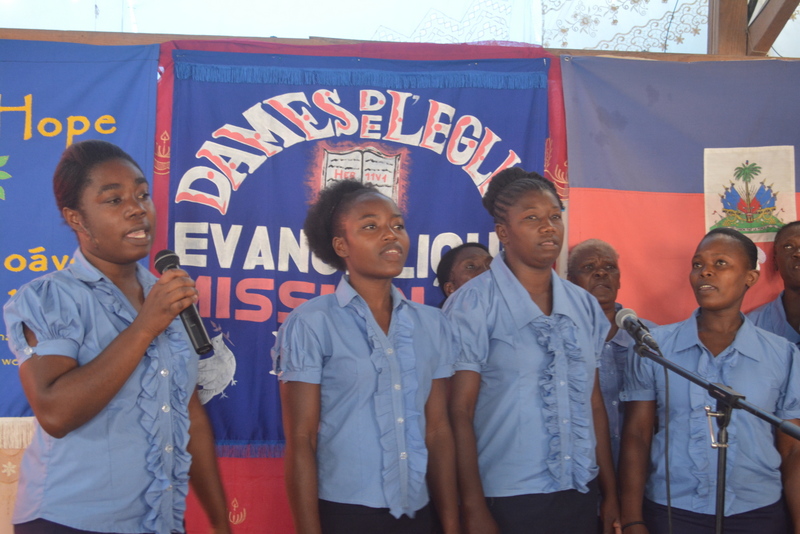 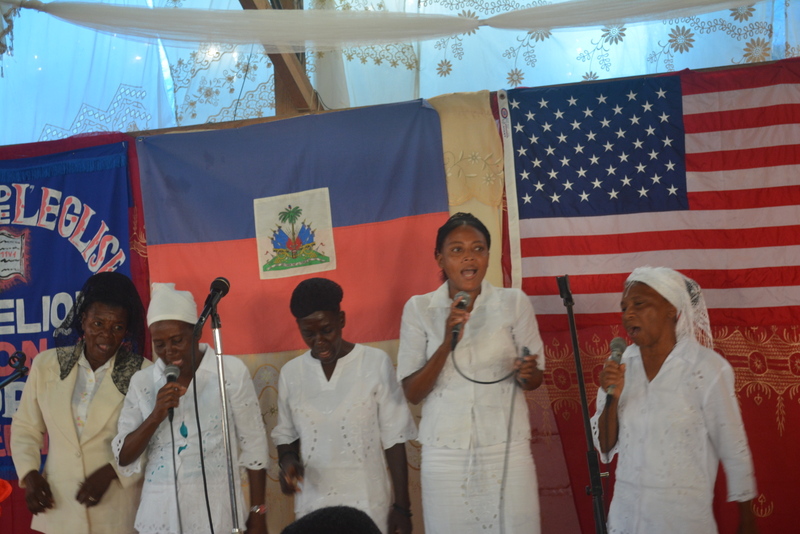 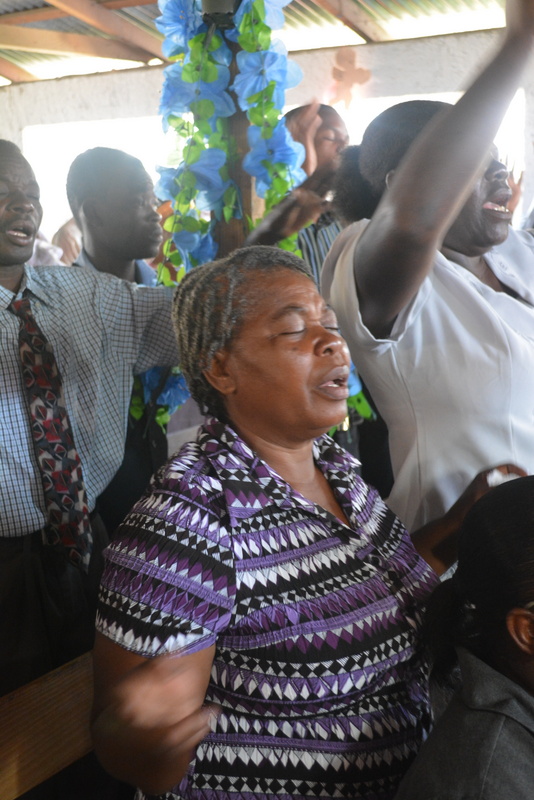 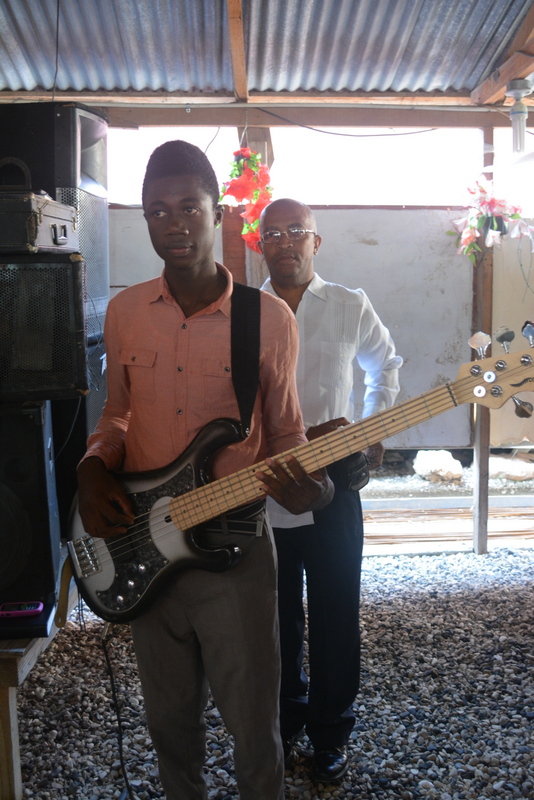 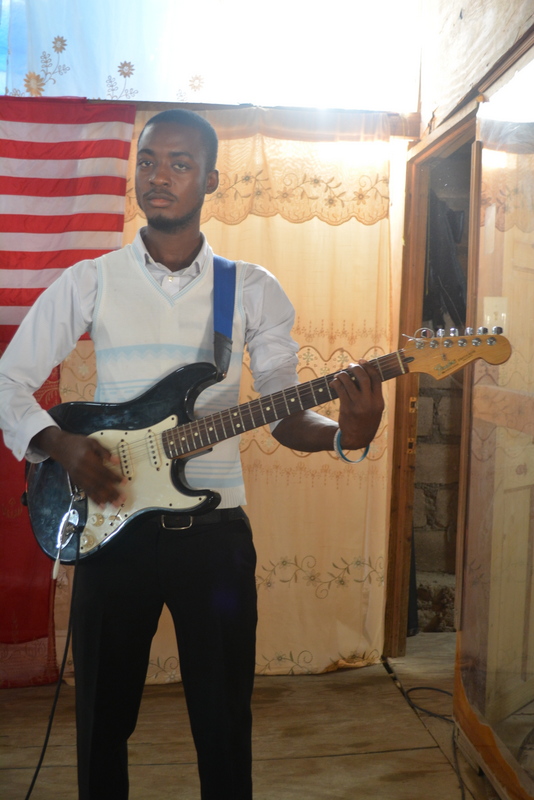 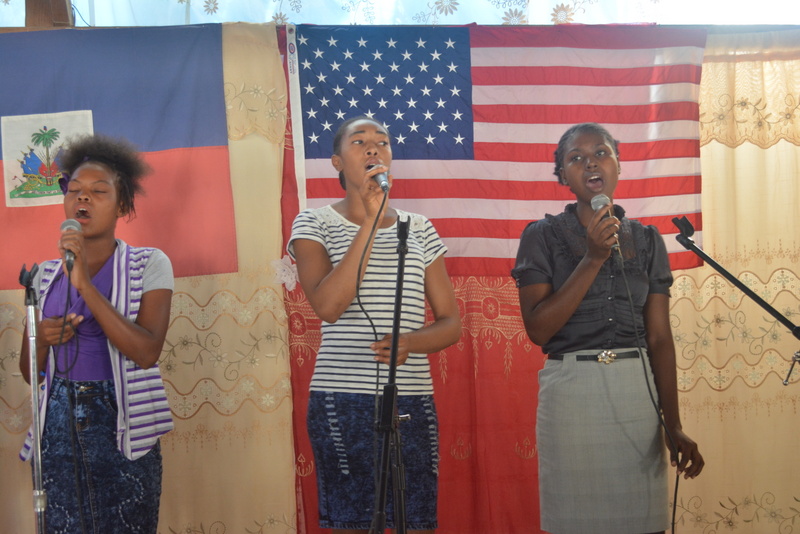 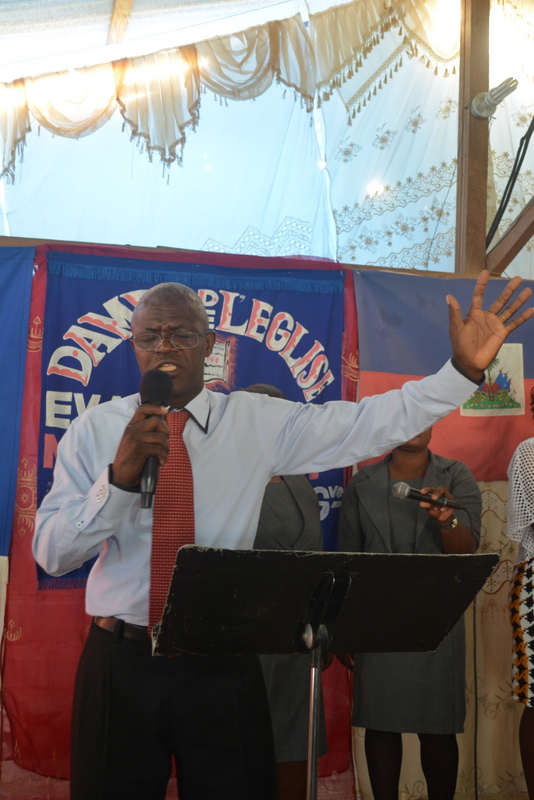 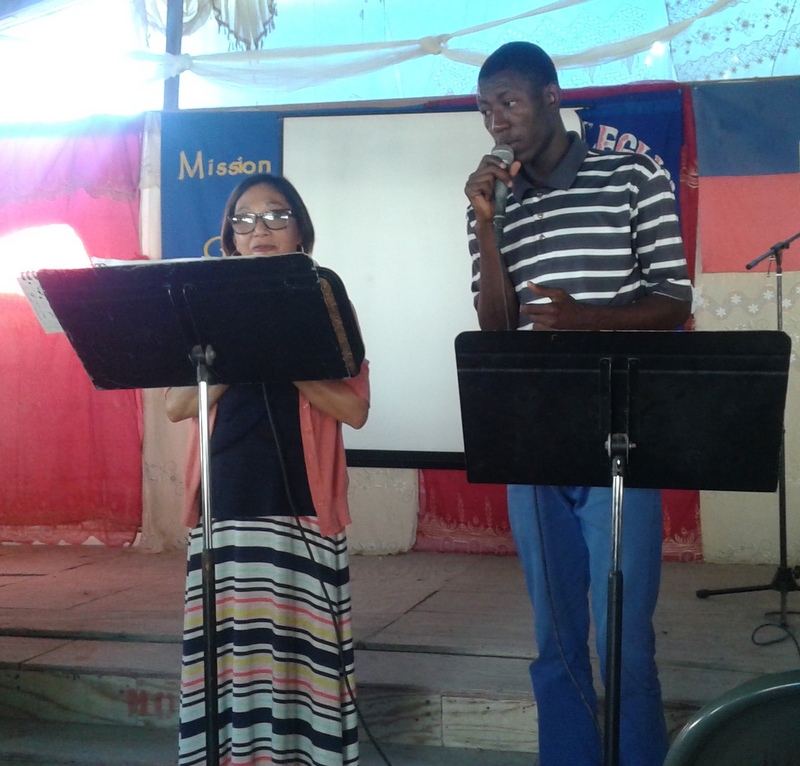 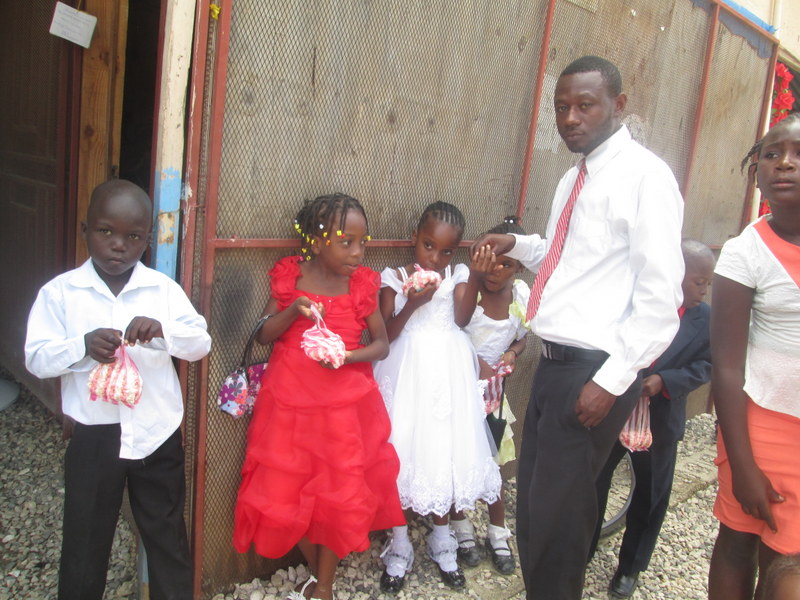 Many of you know our nephew, Gama. He and his wife Angela celebrated their tenth wedding anniversary this past week. We thank the Lord for the blessing of their marriage, in Nathan and Nyah! And we pray He continues to bless them in many other ways. And may we all remember to live according to 1 Peter 4:8, “Above all, love each other deeply, because love covers over a multitude of sins.”

And finally, we would love to be able to ship one of these to Haiti. If you have access to one that you would like to share, we would be grateful to put it to use here at MOHI in Haiti. Just let us know. Thank you! Have a great week!

One Child at a Time

Highlights of the Week

Back to School Smiles

Back to School Prep

Back to School Soon